Twenty years ago I was doing outreach work in the area of this state park. I would hear people saying they are going to Lake Tawakoni for the weekend. I was picturing in my mind a little lake in even more of the middle of nowhere. To my surprise twenty years later, I find out that this lake is big and there is a real city that is nearby. The city of Wills Point, TX only has 3500 people and twenty years ago it had the same population but more buildings now. They have yoga and a spin class. The city is still mostly farmland but the downtown area is very nice and has cobbled stone streets.

Lake Tawakoni State Park is located about one hour east of Dallas. The lake is the main attraction but it also was the place of one of the largest communal spiderweb. The spiderweb is not there anymore but we did see a few small ones on the hike. I did say we because my daughter was my special hiking partner this time. We had a good time on the hike even though I have been spoiled by hiking canyons and mountains. The trails were in great shape and clearly marked and defined. These were some of the nicest trails I had been on. 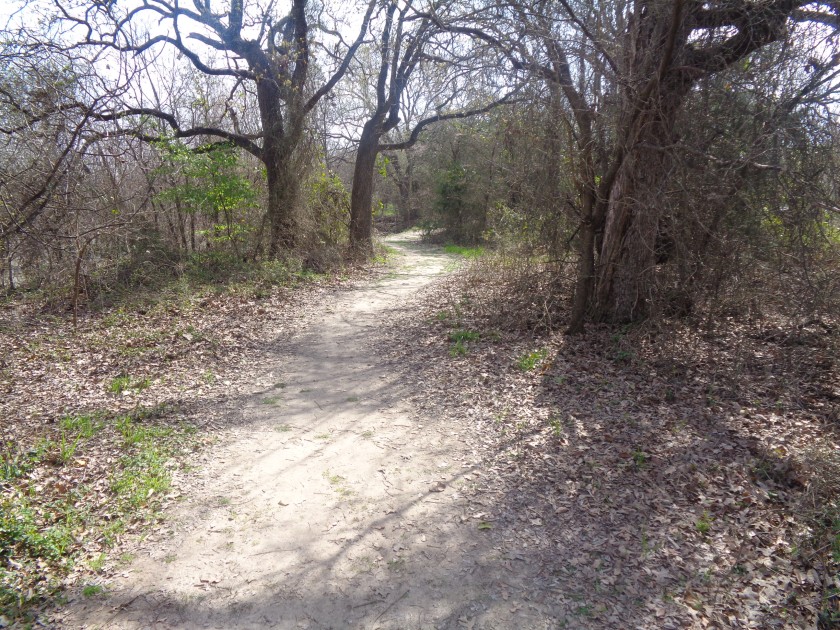 This was a nice fun flat hike. This was hike 19 of my 52 Hike Challenge Explorer Series. It will not rank up near the top of my hike list but hiking with my daughter was a blast and on the drive we saw a farm with camels. It was funny to see camels in east Texas along side of longhorns.

Next hike more east Texas hiking with my girl.