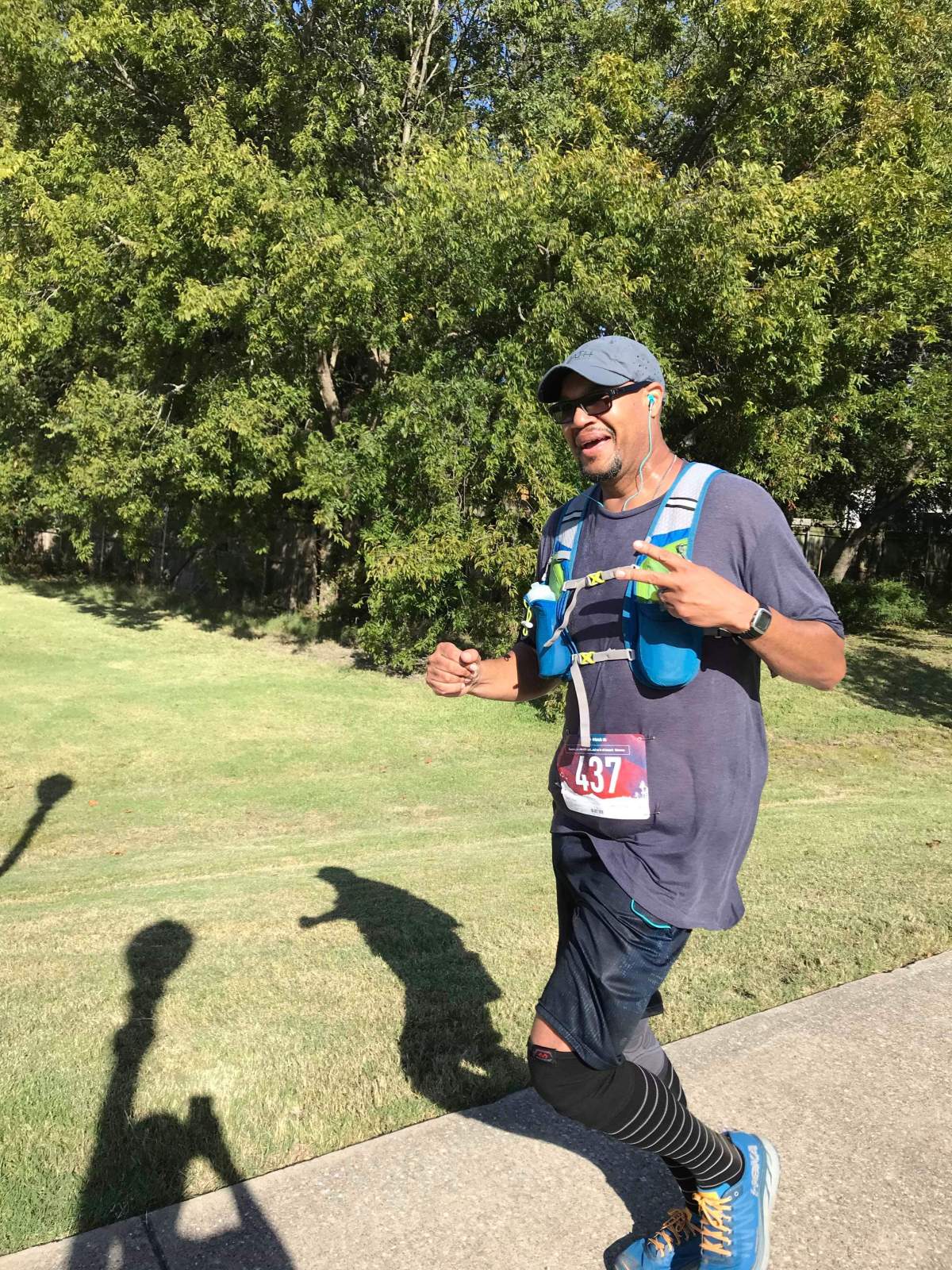 Can you say flat and fast. The course is a very flat rail trail. Just like last week it was on the NETT(Northeast Texas Trail). I did the far east Texas section last week and the northeast section this week. This part of the trail is really well taken care of. The trail is a mixture of crushed gravel and concrete. It had a some elevation gain but nothing to difficult. The trail was easy to run but it is a multi use trail. The multi use part is not always a great thing. It is used by runners, hikers, bikers and equestrian. The latter is the problem in more than one way. The horses poop on the trail and I guess the riders are not responsible for the poop like dog owners. Horse poop comes into play later in the recap. 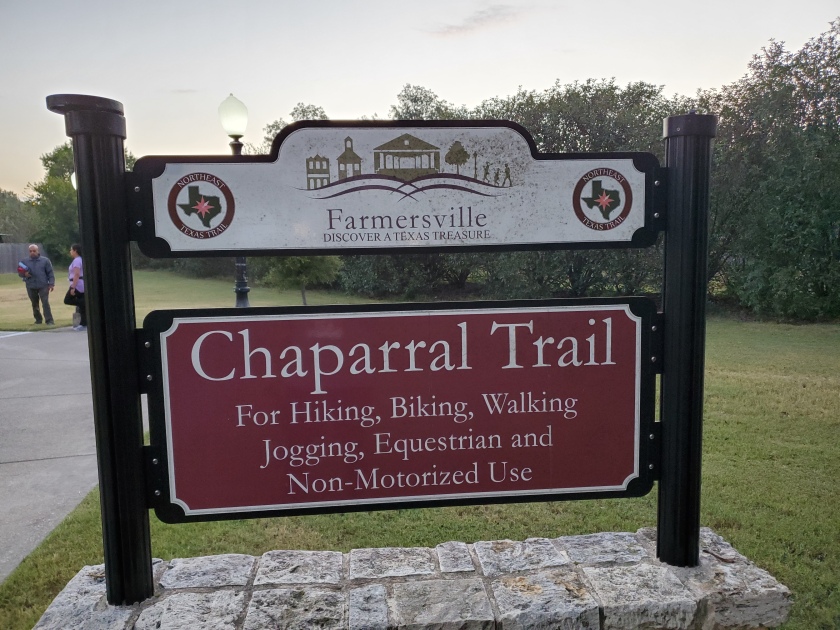 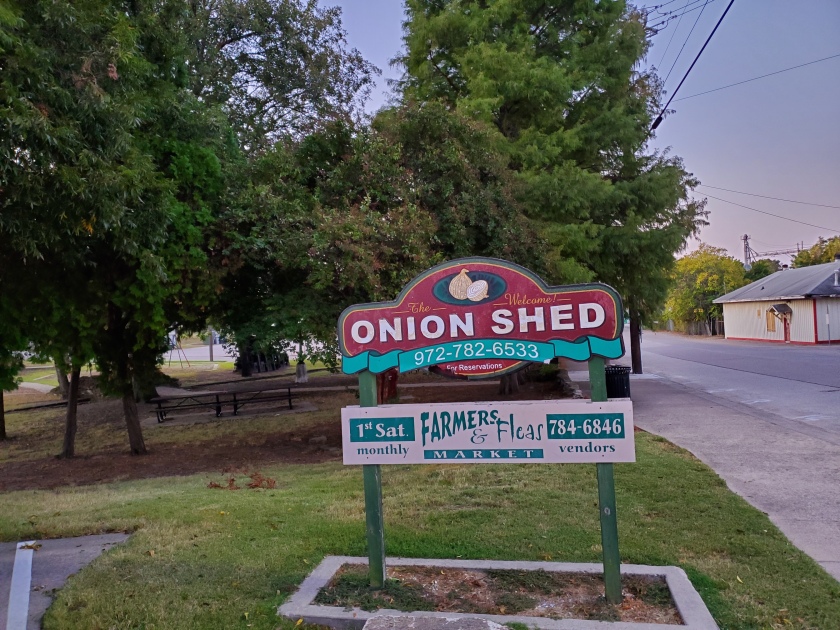 The race started at 8 AM and the temperature was in the high 50s but quickly rose into the 70s. These temperatures are about 15-20 degrees higher than I like but they felt good. There was a light breeze the entire time. The first half was a tailwind and the turnaround change direction into a headwind. The trees did a decent job of blocking the wind without a greenhouse effect. As you can see this was not a point to point like last week, but an out and back. The aid stations were good but nothing special. I stopped at one to get some gatorade but as soon as I started to drink the volunteer said it was pickle juice. Too late, I had already taken it like a shot. Pickle juice is nasty by the way. The only other adventure in this race was a copperhead on the trail. I was running at a speedy pace and thought to myself more darn horse poop on the trail. I made the usual side step to avoid it but at the last moment I realized it was a small copperhead. I must of scared it because this was the first time a snake lounged at me. I was hoping National Geographics is correct by stating a human’s reflexes are faster than a snake’s. I do not know if this is always correct but it was in my case. Or maybe I just jumped higher and longer than the length of the snake. Funny thing is that I was so pumped up that the “snake” mile was the fastest mile I ran. 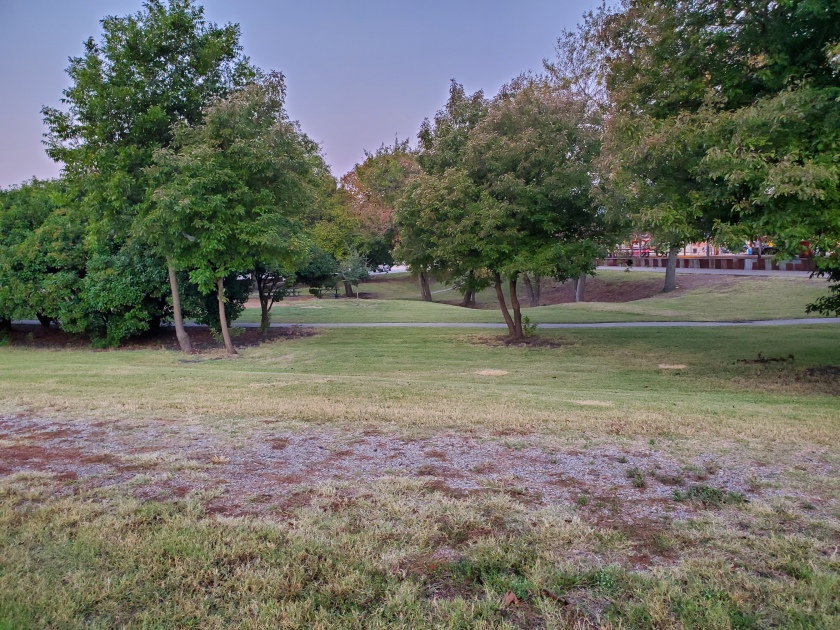 After the race, there were brats to eat and beer to drink.  They also had chips and cookies and some good music.  People stayed around to socialize more than usual but the race was a small race so not too many people.  The day was perfect for a festival type atmosphere. 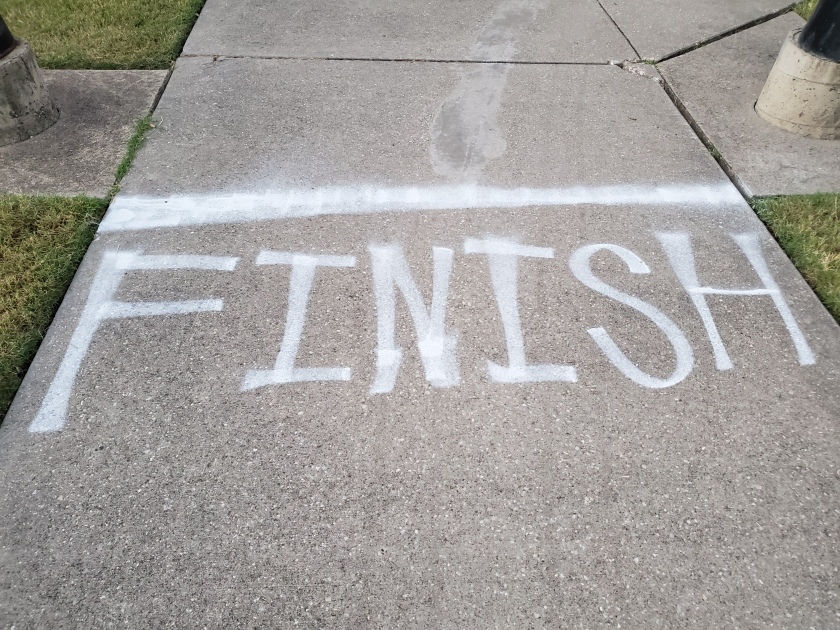 This was supposed to be a double race recap but I did not put in an official loop at Dirt and Vert. I did run two loops at Sister Grove but Nikki and Michael took up my slack. I did try to get there as fast as I could run and drive. I set more personal best times but this time I felt good afterwards. No leg soreness and still ready to run. Plus this is the first time I finished in the top half of a race this long. Supposedly 80+ people ran the half and I was 37th and 3rd in my age group. 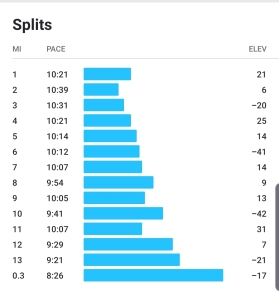 Next up is the 100K.  I have done so much training for this race.  I miss hiking and I cannot wait to hit the trails at a walking place and get some good pictures.

2 thoughts on “Oktoberfest Half Marathon”