The Tuff Enuff 10K is the third race in the Huaco Cuatro Series. The race is in Woodway, TX which is southwest of Waco. I ran the course last year in the 5K. Being familiar with the course did not work out in my favor. I knew the course is not as hilly as Cameron Park. I knew I could start out fairly fast and hold my pace without too many steep hills. My overconfidence got me by my lack nutrition before the race. I did not eat much the night before and nothing the morning of the race. I hit a wall about two thirds of the way into the race. I was drinking an electrolyte drink during the race but it did not help the lack of nutrients. My time was about 12-15 slower than what I expected but I still ended up second in my age group. The Waco Striders Running Club put on another great race and I cannot wait to run the last race. As a bonus, I won a pair of shoes. I ended up getting a pair of Hoka Torrent trail shoes. I have only run in New Balance but I decided to try something different. 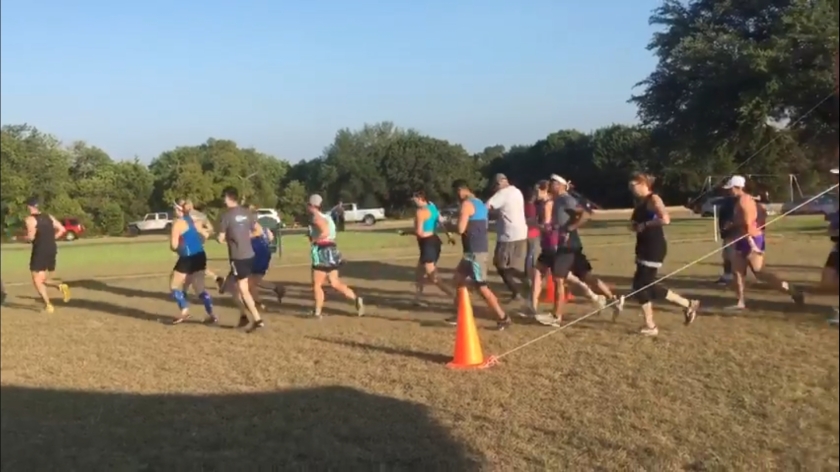 I am the big guy starting my stopwatch. 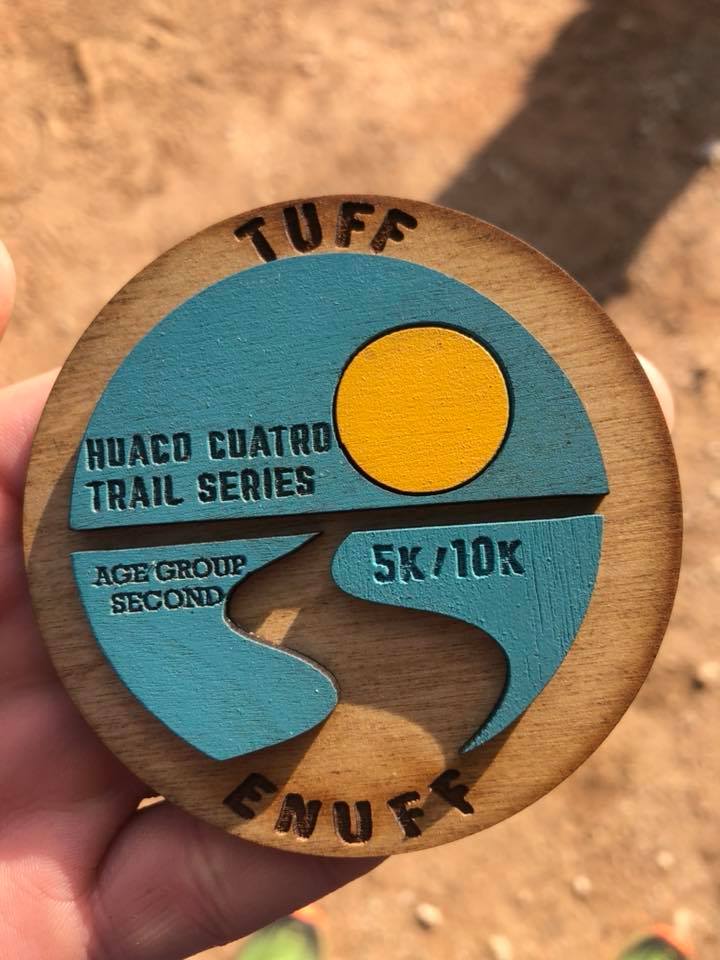 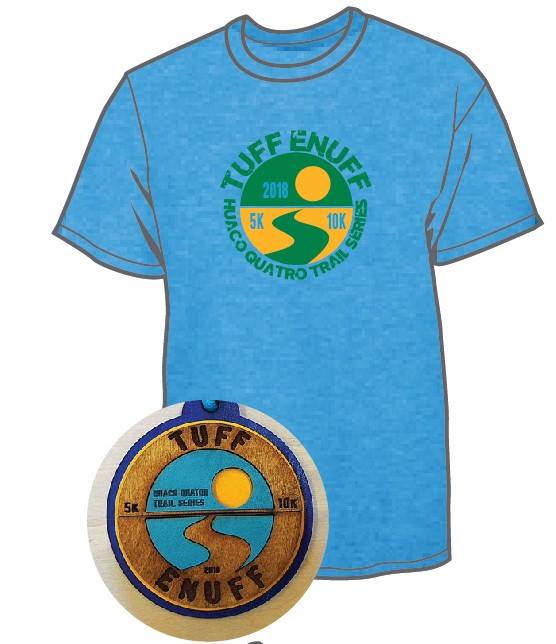 This race series is really fun and I am happy to have met so many good people.

Next up I take the Rusty Crown challenge.

I was back in Waco and ready for what the trail had for me. The first two races in Waco were longer than listed and harder than expected. The hills were steep and long and I was not ready for the longer trails in Waco. This race is called Tuff Enuff but is was the easiest and flattest in the series. I decided on the 5K for this and the last race of this series but I should have done the longer distances. I had a great time at this race and enjoyed the different park. The race was at Woodway Park in Woodway which is about ten minutes west of Waco. The race was a road start and then a single track dirt trail for the majority and a grassy finish. It was also an uphill finish but that did not deter my strong finish. I also noticed that the stronger runners were in the longer distance. The combination of a flatter course and less competition I won my age group. My first win in a race with more than five people in my age group. I keep saying flatter course but it was still hilly and not an easy course to get through. 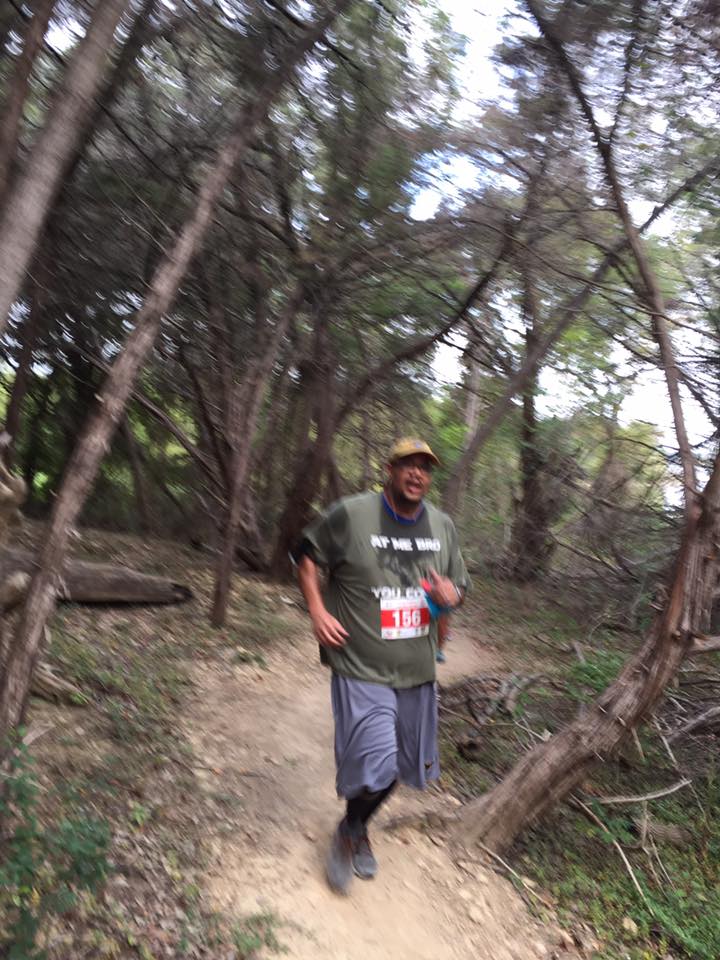 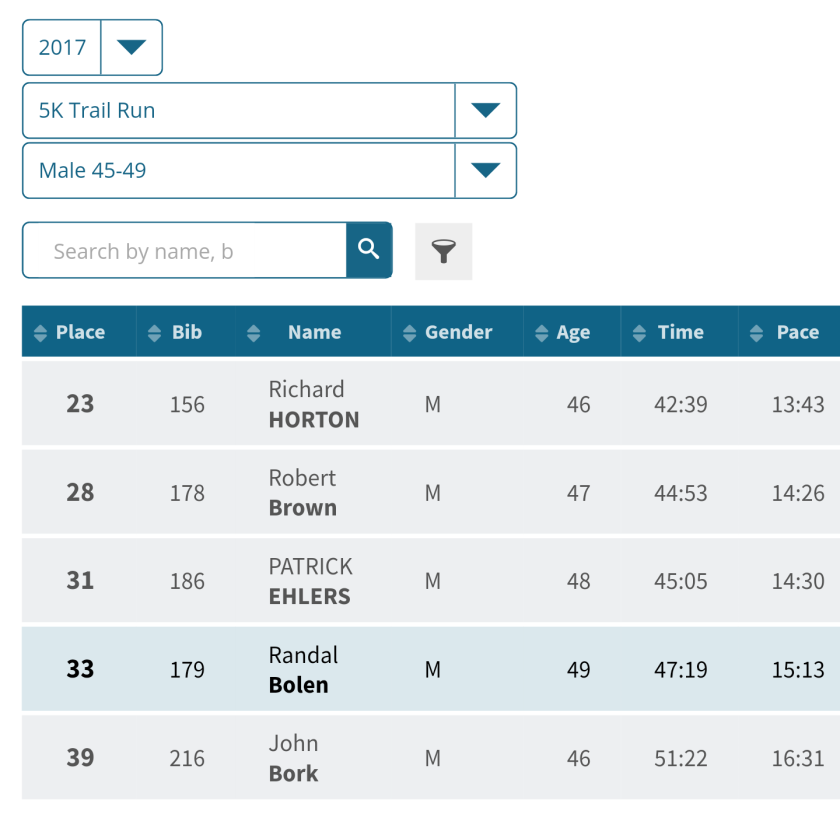 The time of 42:39 was good considering this race was also a little over a 5K but nothing extraordinary for a trail race. I also met the president of the Waco Striders Running Club. She was nice and it was also cool talking to the other runners.

The next race is my chance to test myself on a 10K trail race.