Devil’s Den State Park is located 30 minutes south of Fayetteville. AR. The park is located in the Ozark Mountains but right outside of the Ozark National Forest. I missed the leaves color change by two weeks and most of the leaves have already fallen off the trees. The area was still full of fall colors and leaves falling and branches too. The time of the trip coincided with a 30 degree average drop in temperature. The hike on the Yellow Rock Trail was in freezing temperatures. The temperature was about 29 degrees at the start and the temperature only rose about five degrees. The trails were marked great like all Arkansas SP trails. I took the three mile loop and turned it into a five mile lollipop.  The yellow rock overlook was amazing. The views were spectacular but I could not get great pictures. I was the only one on the trails at the time but the sun was affecting my camera. The fog was cool to see but also affects my pictures. The fog was mostly created by the difference in the air temperature and water temperature. This is also a CCC park and the hike to the lookout had a nice CCC pavilion at the top.  This trail also had some great rock formations lining the trail. 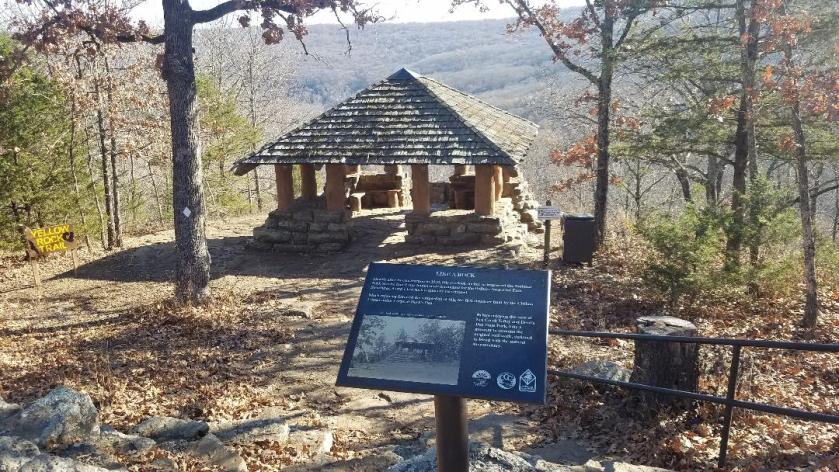 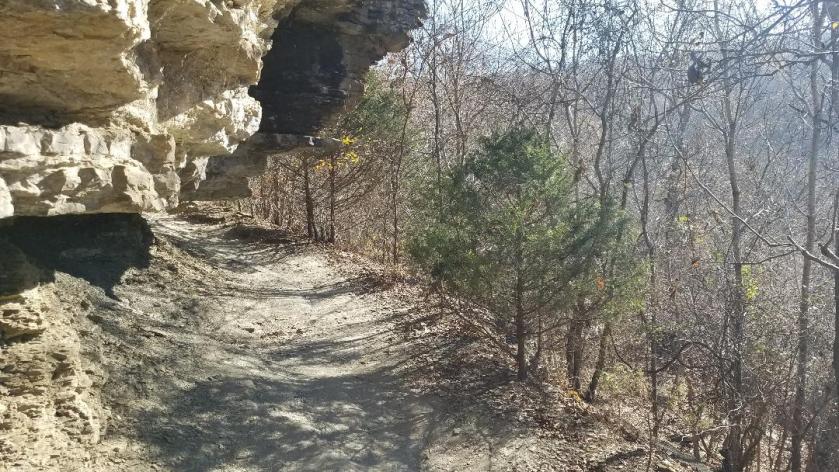 This was hike 43 in my 52 Hike Challenge Explorer Series. It was the typical beautiful Arkansas hike that are nothing typical anywhere else.

I realized after writing this I missed hike 42 at Bluff Creek Ranch so I will go in reverse next blog.