I will start with a course description.  We start in a medium town and run south to a very small town then continue to small town.  After that we continue south to a smallish town then proceed to an extremely small town and turnaround and head north back to the original medium town.  We do that for 62 miles with a little less than 900 feet of elevation gain.  The course views were mainly flat farmland in Kansas.  Lots of cows but a did see a combine actually moving.  I did like the tree lined course though.  The weather was perfect.  It started out in the 30s but never made it out of the low 60s.  The sun was shining and there was very little wind.  I could not have asked for a better day. 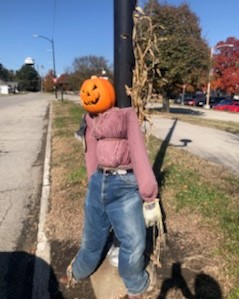 Pictures from the smallish town and the trees around the trail.

Now for my crew.  They were awesome.  Not one of them is an ultra runner and only two are regular runners.  I worked with two of them for a combined 30+ years and the other two are family members in addition to being great friends.  We had fun learning what to do on the fly.  I was mostly confused on what I needed when I needed it.  They were there doing everything necessary to keep me moving and well supported.  My pacers were the only reason I finished.  At times we did not see people for hours, when the sun went down I would not have made it by myself in the dark.  I have praised this magnificent group in other forums and I cannot say enough about how grateful I am of them. 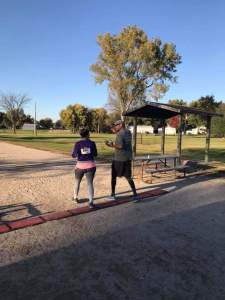 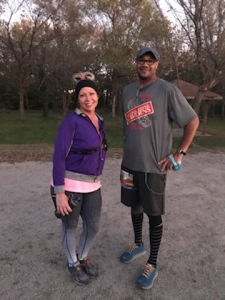 These are the best four people I could have ever asked to finish this journey with me.

How I got to this point.  I want to thank North Texas Trail Runners for being the first group to get me to run more than a 5K on the trails.  Dallas Dirt Runners (D.D.R.) this group put the idea in my mind that I can something this crazy.  If I named all the individuals it be pages of praise.  I am going to single out Ray Liberatore for being a person who not matter how a feel just talking to him calms me down and gives me confidence in my abilities.  My Wednesday running group: Kenny Hallman,  Darren Beck,  Dennis Starkey and Noemi Moreno Lusk to name a few.  Those Wednesday night runs with this group are must do runs.  I will drop a few more names Agustin Negrete, Nikki Davis and Elisa Norman, I have not run with these three much lately but they have inspired me to run far, faster and do stupid things. 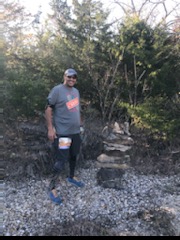 I had to find some fun in this longest of long runs.

I am happy to have buckled the eff up with a 100K.  I have regained the ability to walk somewhat normal as of now.  The chaffing is not as bad as I thought it would be.  I am having trouble standing and sitting but it is just sore muscles.  I also have some mystery bruises.  I am overall elated and feel accomplished.  I finally feel like I am somewhat of an ultra runner.  Bonus information, I finished in a time of 15:06:47. I was trying for 14 but this is good time for me.  I took second in my age group and yes there were more than two of us in my age group.  Lastly, I finished in the top half overall. 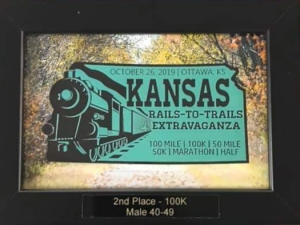 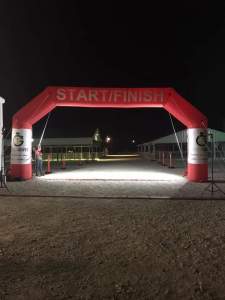 It was a long training season but worth it.  I had some ups and downs but mostly good times.  I had two DNFs in training races and literally had wasps flying out of my shorts in a training run.  I had a hard time sitting after that incident.  I also made some great friends on the trails and my last to lead up training races I set all sorts of personal best.  While in Kansas, I had to get some Kansas City beer for the celebration.

One more thing on the Kansas trip, I drove through the Flint Hills section of Kansas.  It was the most beautiful thing I have ever seen.  I can’t explain it.  It is simply rolling hills but so much more.  I can’t wait to run a marathon out there.  Sorry for the no pictures on this section.

The best part of the weekend was my son graduating from the fire academy. 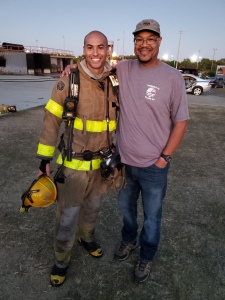 This ends my journey to a 100K.  I miss hiking so much.  I am going to take some time off from trail running and get back to hiking once my legs are stable.

After my first 50K, I vowed to not run another 50K.  I was also told once you run your first ultra I would to run many more.  I guess I was wrong.  I finished my second ultra and have already signed up for a 100K.  The Prairie Spirit Trail run was located in Ottawa, KS, which is about an hour and a half south west of Kansas City.  Unlike my first 50K, I had no crew or fellow runners to help pace.  I ran alone with the use of a drop bag.  I did not use my drop bag as much as I thought. I had a change of clothes, some extra food and pain aids.  I did not change clothes and probably should have changed shirts. I did eat some additional food but the aid stations were well stocked.  I did use the 2Toms anti chafe pads.  These pads saved the race for me.

The race started in a snowstorm and ended in the bright sun.  The 2Toms came into play early because the snow made my clothes wet from the start.  The 2Toms eased the rubbing and I had no chafing problems the entire rest of the race.

The race was a very flat and fast out and back course. The 50K runners had a short out and back before heading on the main trail out and back.  The first manned aid station was located in Princeton and that is where I had my drop bag.  I thought I was running slow but I was way ahead of my predicted pace. I had to tell myself to slow down so I would burn out early. I have this problem in my long runs. I start off way to fast and have nothing left at the end of the race.  I slowed myself down by taking pictures and this aid station is also where I had my first application of 2Toms.

The next manned aid station was at Richmond.  This is also the 50K turn around.  I was still ahead of schedule but the race changed entirely at this aid station. The aid station to the finish would be into a 25 MPH head wind with gust up to 45 MPH.  It felt like a 10 degree temperature drop and it was a tough run.  I could not get any pictures because my hands had 2Toms on them and it was just to cold to take off my gloves.

I got to the Princeton aid station on the way back and still felt pretty good.  I was still ahead of pace so I readjusted my finishing time and sped up.  I should not have changed my plan.  I struggled the last 5 miles. I also ran out of water with 2 miles left.  I felt the slight uphill to the finished line and it hurt.  I did have a somewhat sprint finish to get my time under 6 hours and 30 minutes.  My official time was 6:29:27 which is over 2 hours faster than my first 50K and 30 minutes faster than my predicted time. 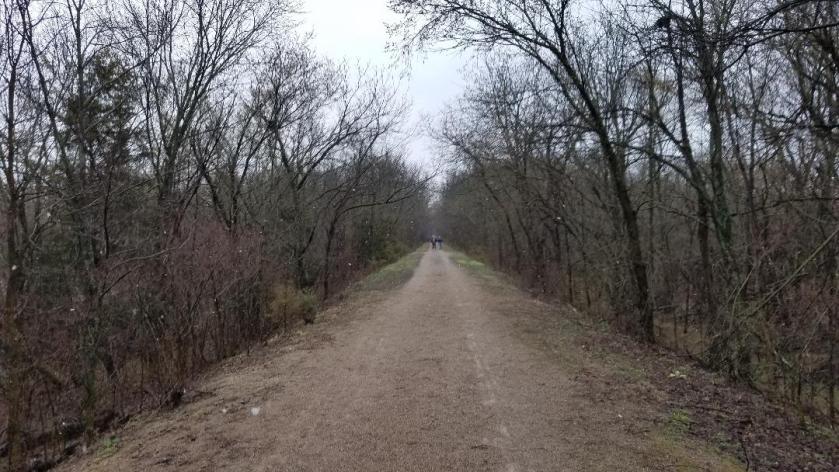 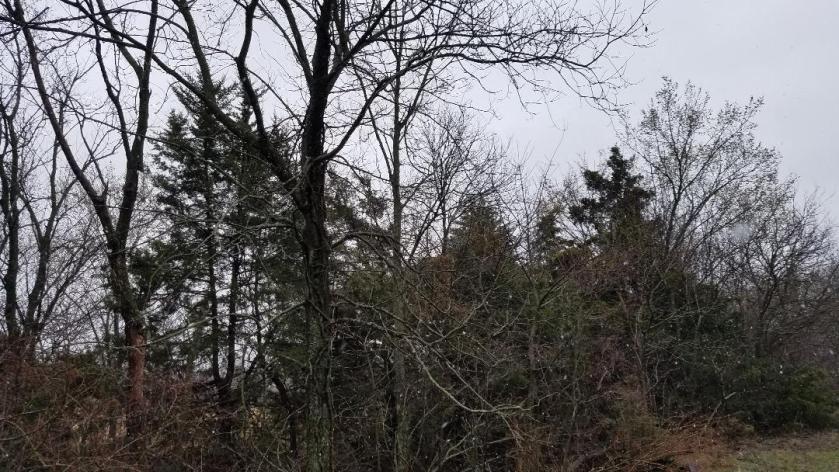 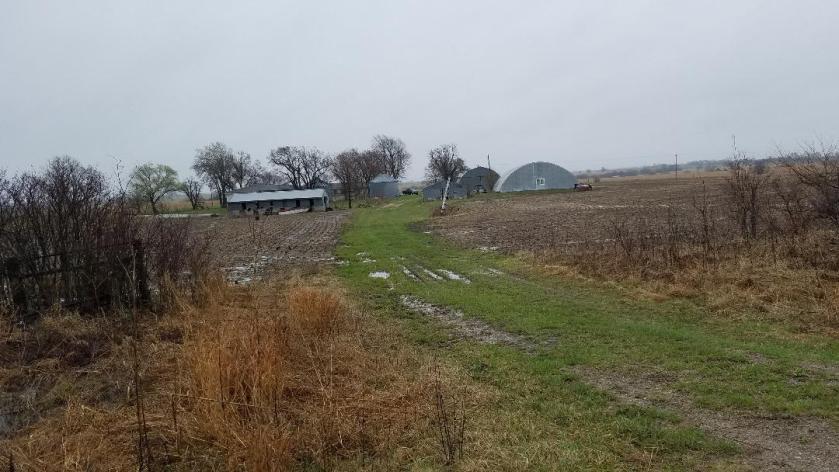 I met a bunch of good people at this race.  I am going to be back here for the 100K and might pick up another two trail races in Kansas.  They told me that there are hills in Kansas so I will sign up for those races.

Next up is a super hilly race in Texas.