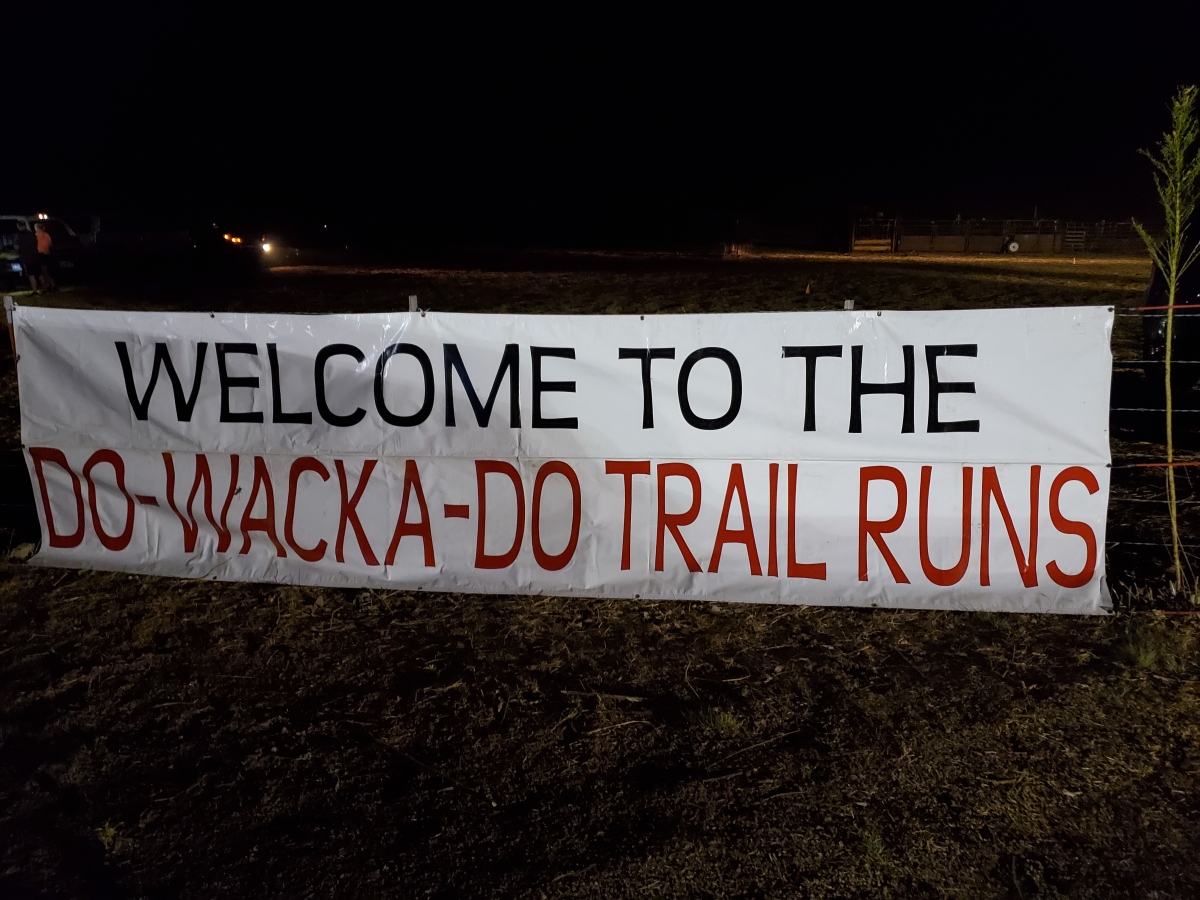 The race was located in Erick, OK at Sandy Sanders Wildlife Area in western Oklahoma.  I was drawn in by background picture of a canyon trail.  The picture was very accurate. The views were awesome.  They were the best part of the race and a reason to run it again.  The run was not particularly crowded also. Plus they had port o potties with showers.

Early start of the race 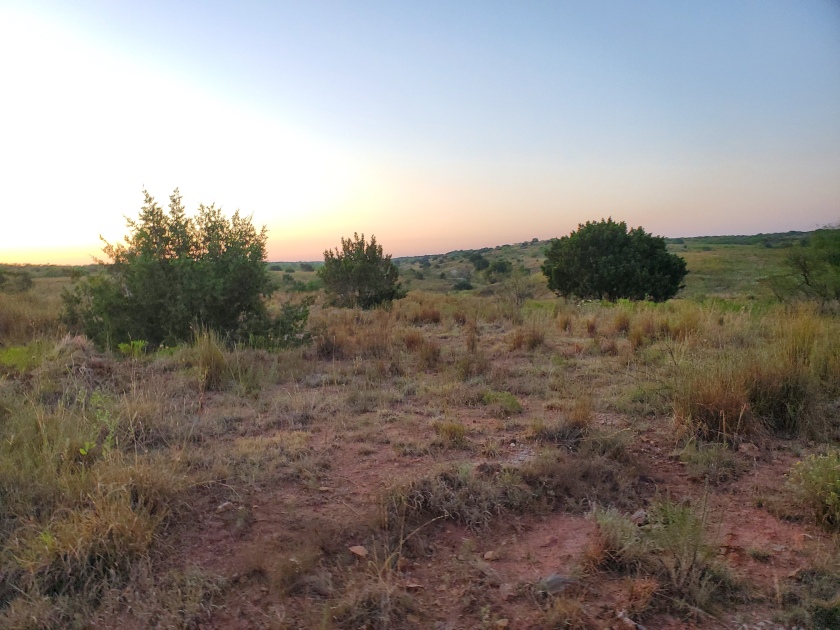 Sun rising over the plains

The course was mainly jeep trail and no shade to be had the entire race. The course covered from canyon rim down into canyon basin and back up several times. The 25K was a 16.2 mile loop with just under 1400 feet of elevation gain. There were four aid stations along the way strategically place at the top of some very steep and long climbs. A switchback or two would not have hurt. Most of the hills were straight up and only one had the benefit of switchbacks. 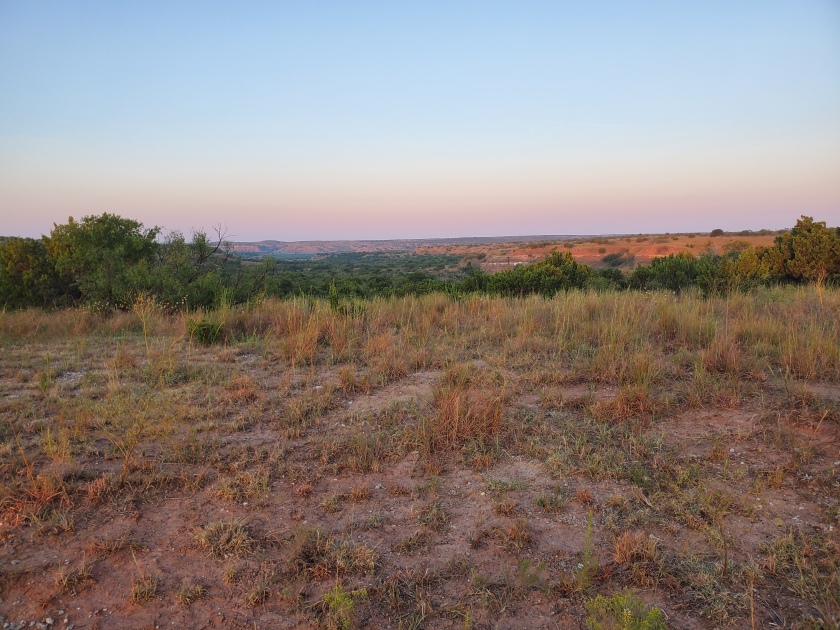 View over the canyon

The 25K, 50K and 50 miler started at 7 AM and it was a cool low humidity morning but it was hot around 9:30 AM and I do not believe the aid stations were prepared for the type of heat that was coming later in the day. I was worried about fellow DDR because he was doing the 50 miler in 100 degree heat. The aid stations were not like Habanero i.e. ice was not plentiful. 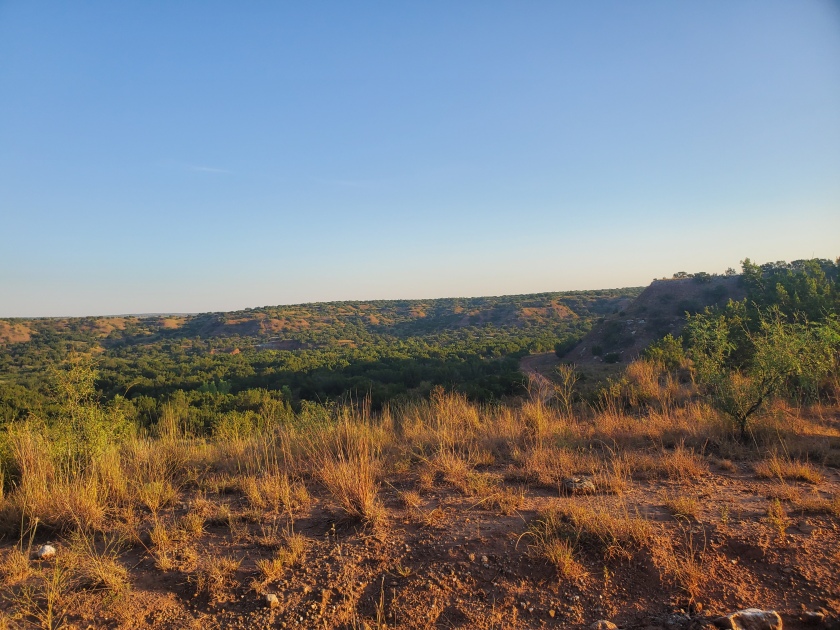 Shade in the canyon basin

As for myself, I ran at a good steady pace the entire race. The hills kept me from going to fast out of the gate. STRAVA says I ran my third fastest 1/2 marathon. I was surprised since there was a bunch of elevation on this course. I finished in a good time of 3:33:23 and 21st out of 47. I rarely finish in the top half of a race this distance. The longer runners did not fare as well. One of the 50K and one of the 50 miler runners dropped down to 25K. Of the 16 runners that started the 50 miler only 6 finished and 9 dropped down to the 50K.

On a side note, I would usually take my camper out to the races.  I decided to get a hotel because I thought it would be to hot to stay in without electricity.  It was cool enough over night not to have electricity and the hotel was a nightmare.  First, the shower did not work and did not find out until the morning of the race and was up to late to do anything about it. Secondly, I saw what I believe was blood splatter on the drapes. Oh crap there was blood spots on the drapes.  I finally got the shower to work by almost ripping the handle off the wall.  I went across the street to get disinfectant for the room because of blood splatter on the drapes.  The TV malfunctioned and I had to fix it, I did not to not have TV with blood on the drapes. I will be using my camper from here on out. 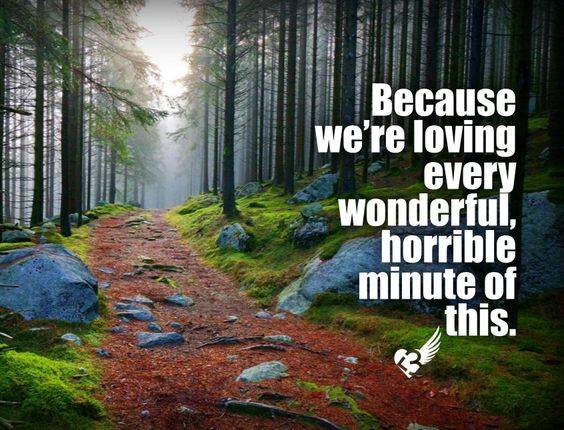 Training in the heat is going better than I thought it would go.  I got 175 miles in July.  The total miles surpassed my best month by over 20 miles.  I am slowly building up my mileage per run also getting several 7-10 mile runs.  I still do not like long runs.  I am not fast so long runs take up a bunch of time.  I do, time on my feet runs, which last from two and half to three hours.

My races this month include Habanero 30K and Six-0 Ranch Half Marathon.  They will be my long runs and to see where my fitness is at by the end of the month.  My previous hip injury has been nagging a bit but nothing major.  My knees are feeling good.  I am surprised because I am running six to eight days in a row.

I am going to start to incorporate gym workouts twice a week to build core strength.  My weight is down to 253 and I want to be around 235 by the time I run my 100K.  I should be able to lose 18 pounds in 12 weeks but it is going to be tough. Back to the heat and hills.