I heard so many great things about running at Possum Kingdom Lake and this race in particular.  I just had to sign up and run.  I decided on the 17 miler which would give me one entire loop of the race.  I am glad I only did 17 miles because it was hot and humid.  The Texas weather has been very wet lately but also very humid but just in the last few weeks the heat has been turned up.  For many runners, this was there first hot race.  The rain has closed the trails and for those who do not road run they would have had limited running time in these conditions.  I was lucky enough to get run a 25K and a half marathon in last past few weeks.  I also have trails close by that rarely close since they drain really well.

Even though the race start time was relatively early, it was already humid and warm.  The first 4 miles was uphill and sandy.  It was not an ideal start because both of those conditions take a toll on your legs.  The course had constant elevation changes so getting into a running rhythm was difficult.  Luckily about 4 and a half miles in there was a long flattish downhill section that lasted about a mile and a half.  I got into a good pace and felt fast and comfortable.  It was a trap.  It was the only part of the course that could be run like that and I went way too fast to early.  The first manned aid station was over 6 miles from the start. By the time I got there I was drenched with sweat.  I decided to go with a hand held instead of a vest.  I should have done a vest.  I got a refill and iced everything I could and started off down the trail.  The views I got until the next aid station were awesome.  The course turned extremely hilly and challenging but the views were worth it.

I got to the second aid station and stayed a bit longer and this time took in some food.  I re iced and refilled and headed off for the final six plus miles.  This section was not as difficult but I was exhausted.  I could not keep a decent pace and rarely found a running rhythm.  The hills were not as extreme but still plentiful.  There were also some nice prairie land sections which were flat but I could not get enough speed to make them fast.  I also took a nose dive in the section trying to swat at bugs flying around my head. I learned a lesson this day.  I cannot outrun bugs flying around my head and I can trip over nothing.  I get to the final aid station and I am absolutely spent.  I spend more time here than I should but get food, ice and refills.

I am on my way to the finish line knowing that the sand section is on its way.  I am so sweaty that the sand on my shoes look like mud.  I know that I am running downhill but it does not feel that way.  I am really tired so now I am walking a bunch.  I only start running again when I hear the noise at the finish line.  The sand ends and I get to the road and the short but very nice downhill finish.

It was a tough race made tougher by the heat and humidity.  I think the aid stations were spread out to far.  I ran out of liquids twice.  Overall a great course ran by a great company. Trail Racing Over Texas(TROT). 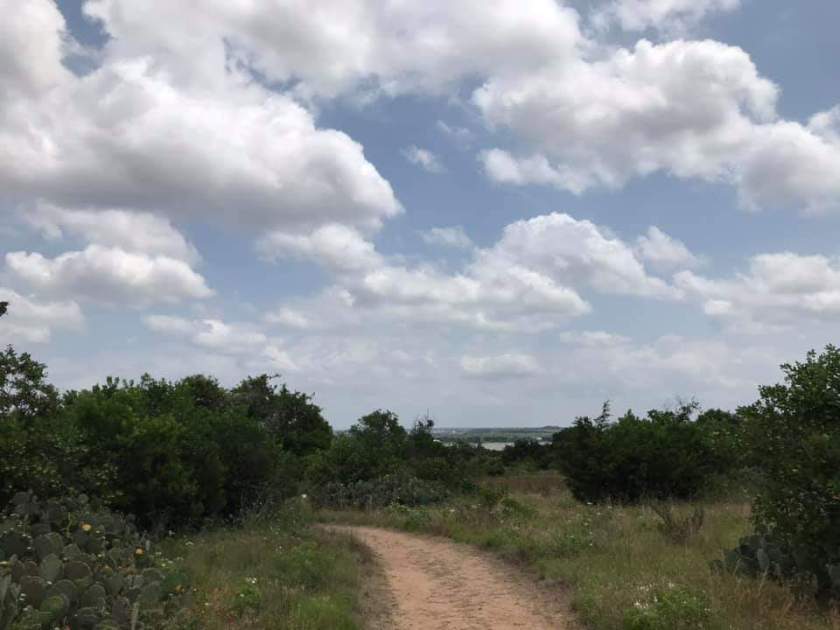 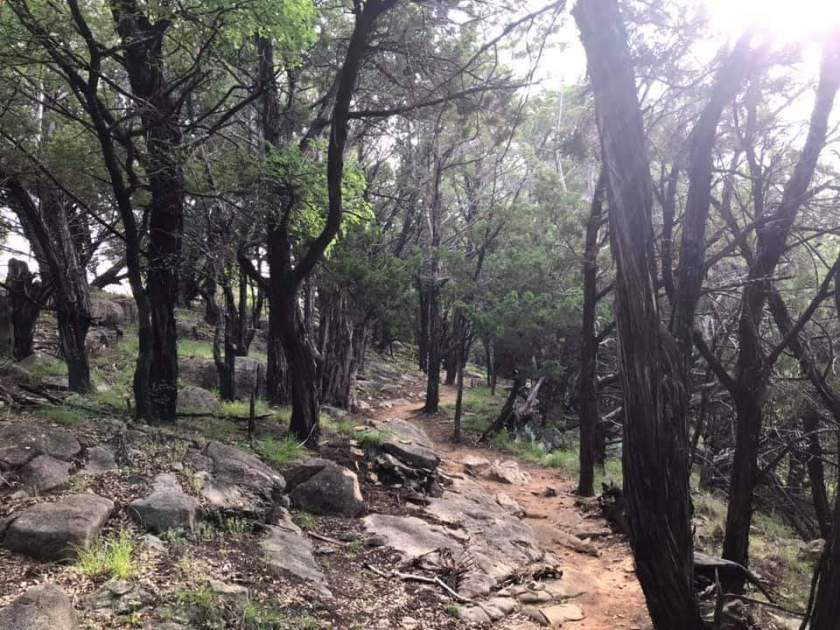 One more race till I take a two month break and stick to training for the 100K.