I had an early morning start to day two of my adventures to the Texas canyons. It was 25 degrees when I started my second hike in Palo Duro Canyon. I do believe this was the coldest hike I have done all year. I chose the Lighthouse Trail for this hike. I wanted to see the famous Lighthouse hoodoo in the park. I did not know that there were other trails the also get a good view of the Lighthouse hoodoo and to get a really good up close view of this particular hoodoo I would have to break a rule. The hike was relatively easy and at the time I started I was the only one out on the trail. I do like when the trails are not busy. I get a chance to take all the pictures I want without other people wandering in them and also waiting for other people to take the picture I want to take. It might be selfish but I am OK with it. On the way back I saw a dozen or so people on their way out on the trail. This hike might have been a disappointment if there was not so many picturesque views on the way to the end of the trail.

As you can see there is more trail behind the “End Of Trail” sign. I really wanted to keep going but the sign must have been there for a reason so I stopped and went back. Little did I know is that if I continued on the trail I would been able to get to the base of the Lighthouse hoodoo. I did end up finding an additional mile of hiking off trail on the way back in a dried up creek bed. The part that made up for the lack of closeness to the Lighthouse hoodoo was how close I could get to the other rock formations and the bright colors of those rocks. I liked being in the canyon as much as being on the rim of the canyon. This place is truly awesome and is one of my favorite places I have ever been. 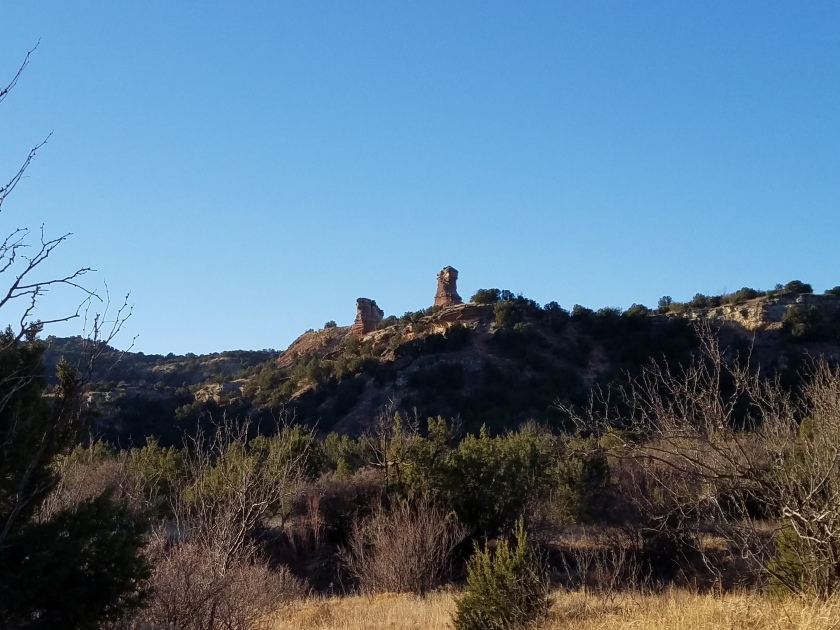 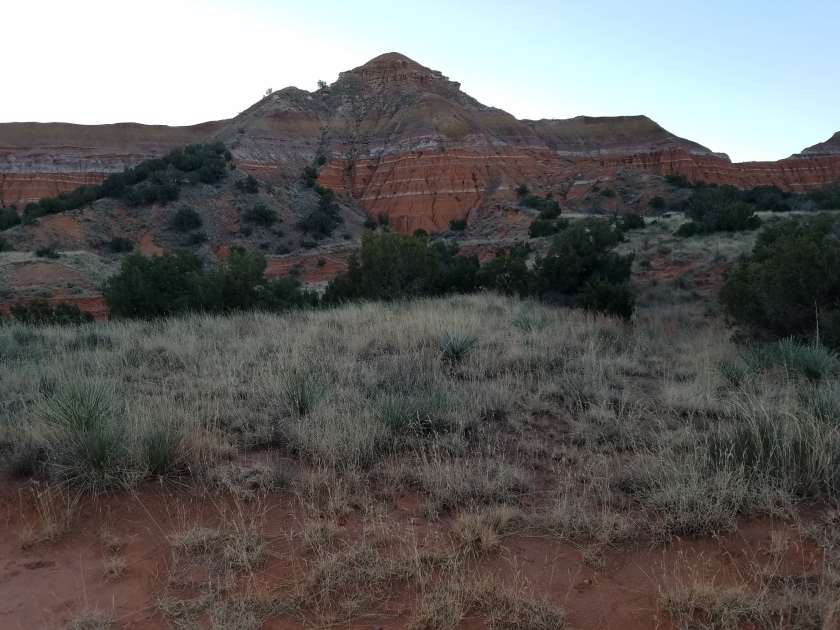 I could spend an entire week here and still not get to all the parts of this park. I do plan on going to the Grand Canyon and if it is more spectacular than this then I will be absolutely amazed.

The next hike is at Caprock Canyon. Another Texas canyon with great sights and maybe some buffalo.