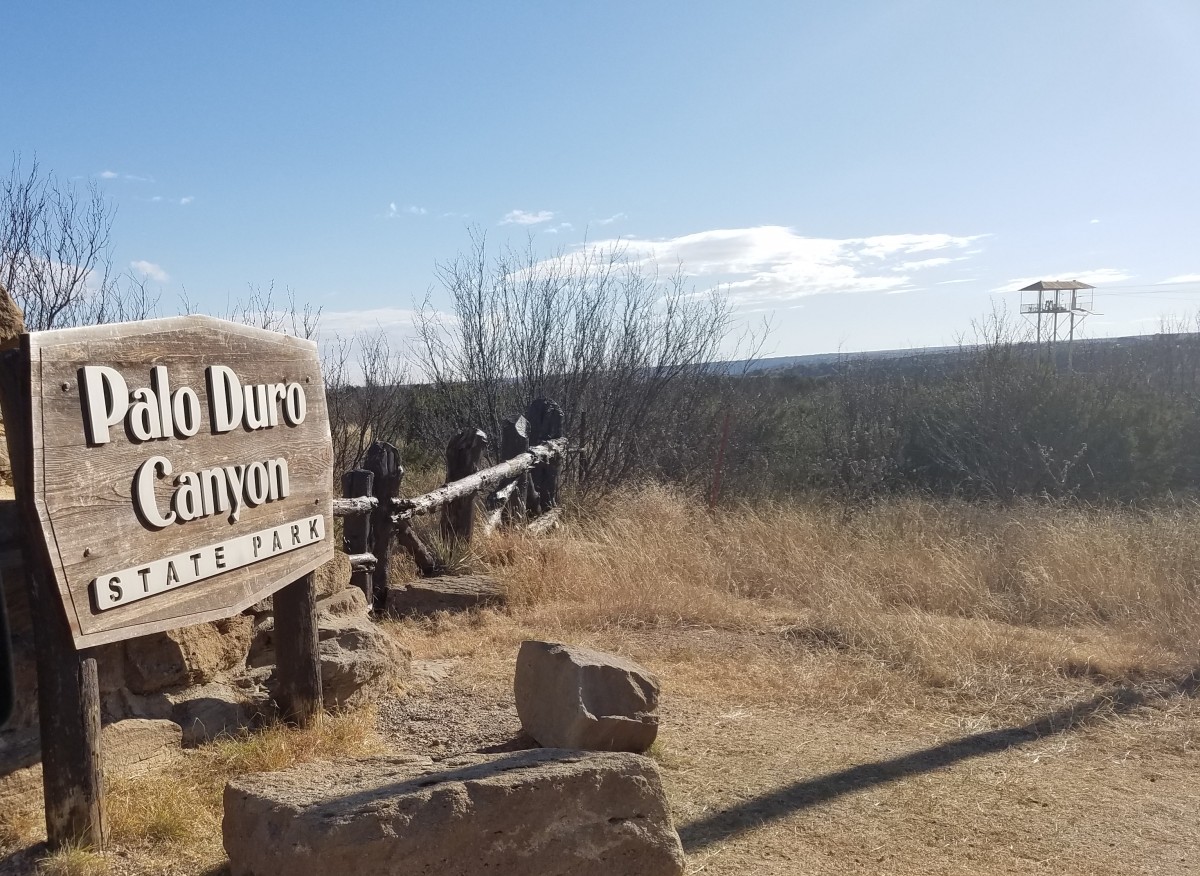 Palo Duro Canyon State Park is located in the Panhandle Region of Texas. It is about thirty minutes south of Amarillo. The Palo Duro Canyon is the second largest canyon in the United States and is a gorgeous sight to see. I loved this place the minute I stepped out of the car. I have never seen anything like this in my life. I love that it has been a year of going to Texas state parks and I can still say I am seeing things that I have never seen previously. We have wanted to go here before as a family but the cabins have always been booked. I finally got a cabin at the park and I could not pass it up. I booked it and off I went. It had been raining most of the drive to the park but I was lucky that most of the rain was out of the park the day before I got there and it did not rain the day I was there. I was hoping for clear skies and cool weather. I was blessed with both on the two days I was hiking. It was a six hour drive with one stop and some of the drive was boring but other parts were scenic. I like going through the small towns I have heard about through high school sports. I hear about a six man football  powerhouse or a 1A basketball team that is undefeated and then I drive through that city, for me it is pretty cool. OK back to Palo Duro Canyon State Park, I did the CCC Trail on this day. The trail goes around the rim of the north end of the canyon and down to the amphitheater and back. I wanted to get started early but I was delayed getting to my cabin and plus the electricity was out at the cabin. I had a portable charger and a flashlight so that would not be a problem but I was not prepared for temperatures in the teens. I knew the cabin had a heater but with no electricity it was going to be cold. Eventually the power was fixed and I did not freeze. The hike was awesome and seeing all the colors of the canyon was mind blowing.  I was so amazed at the layers of rock and how brilliant the colors projected. 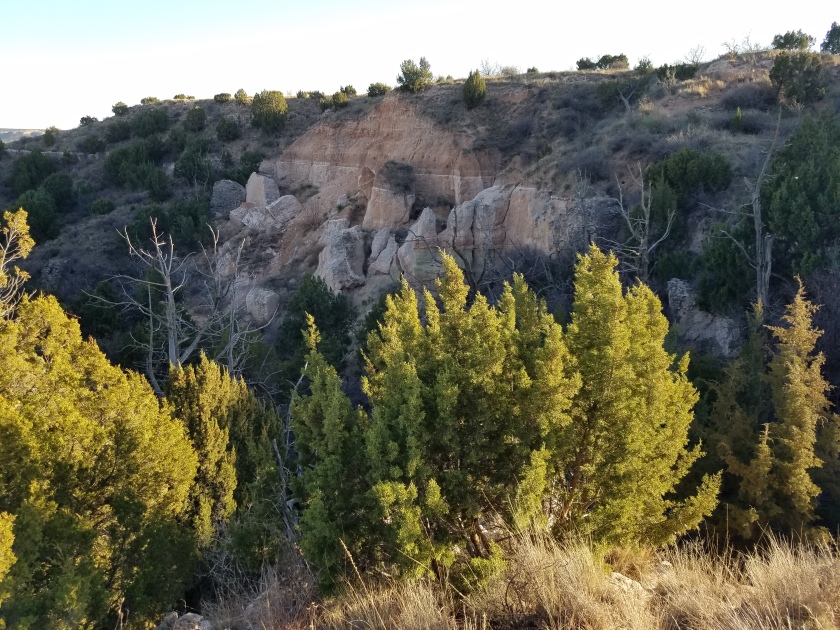 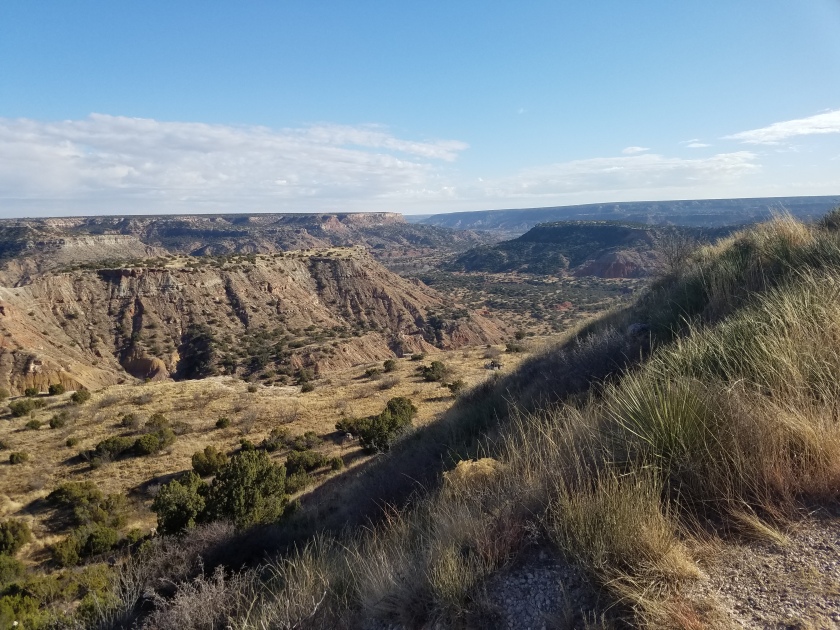 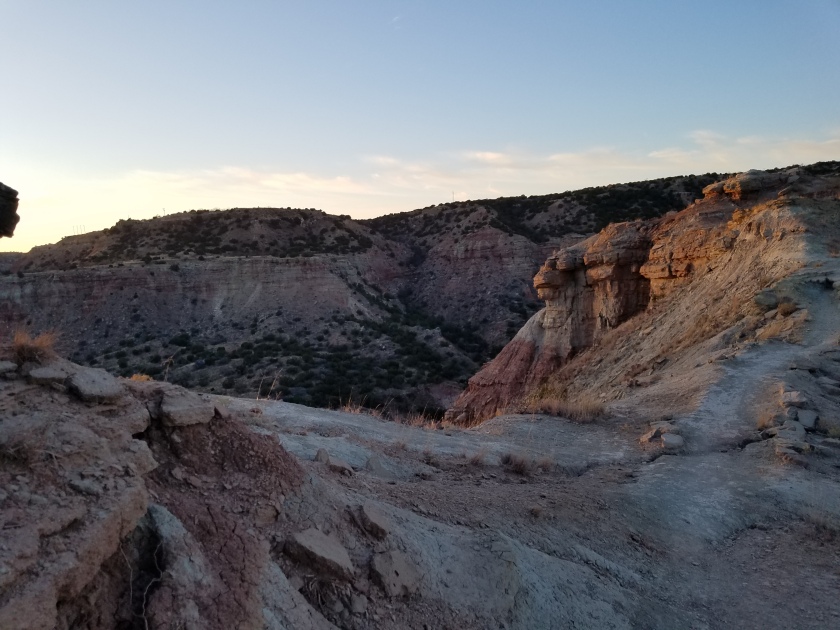 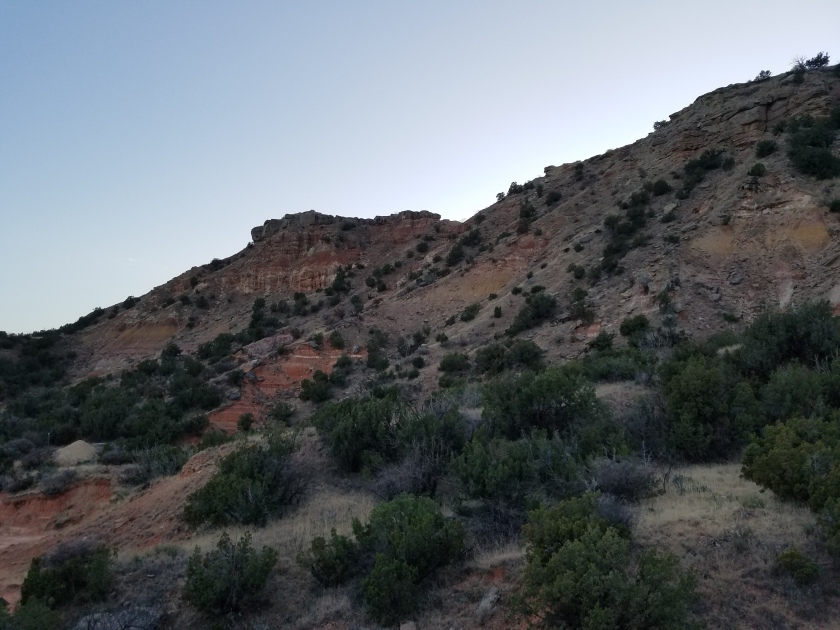 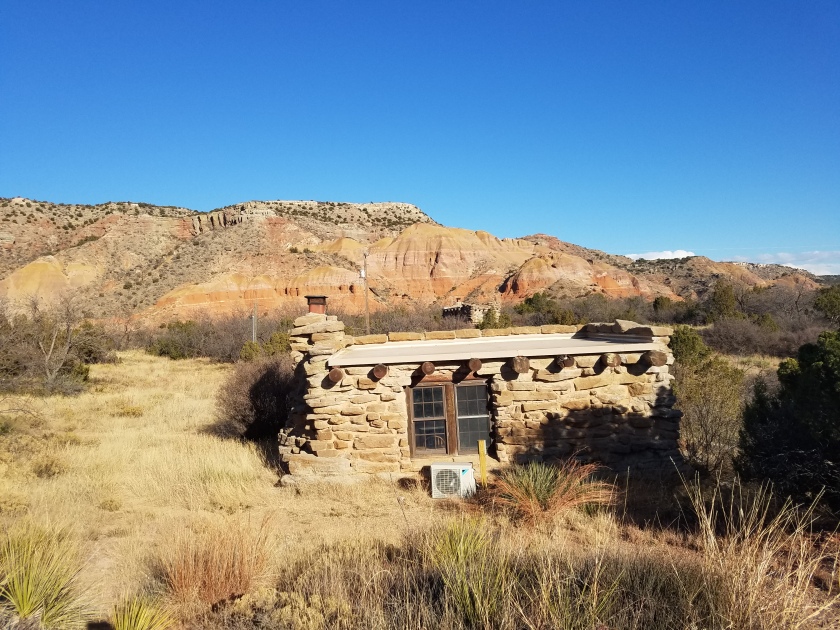 Once I saw these pictures I knew I needed a better camera than my phone camera. I have a great camera on my phone but I am not good at taking pictures so I need a better point and shoot camera.

This also hike 4 in my 52 Hike Challenge Explorer Series. The first three hikes were in my previous blogs on my second trip to the Wichita Mountains Wildlife Refuge.

My next blog is day two at Palo Duro Canyon State Park.