I was suppose to go to this state park for my First Day Hike but it was raining so I thought it was cancelled. The hike went on and it had over 100 people. I was suppose to start my 52 Hike Challenge at this park. The park is located in Moody, TX which is about forty minutes south west of Waco. The park has everything I liked from the previous parks I visited except a waterfall. The park map was not the best but the park is a must visit for Texas State Park lovers. It has wildlife, ponds, CCC structures and some good elevation change trails. The park entrance and headquarters are new and they look good. It is hard to explain why I like this park so much but I just like it. I started out in this prairie land to the first pond. The pond had clear water and a bird watch. 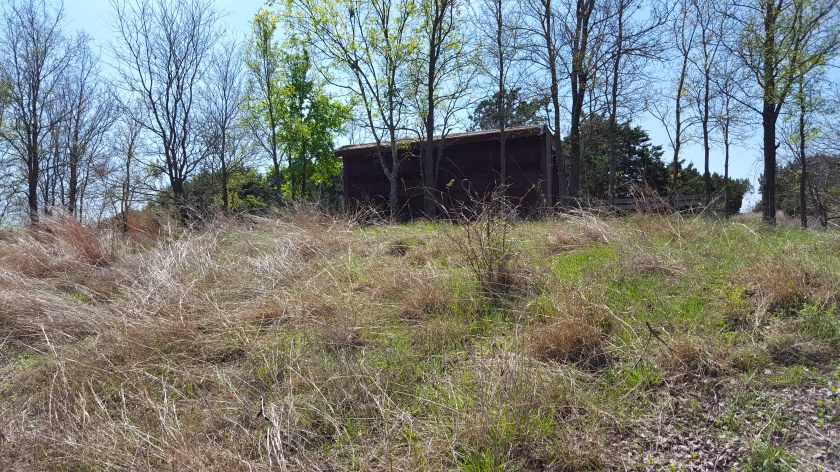 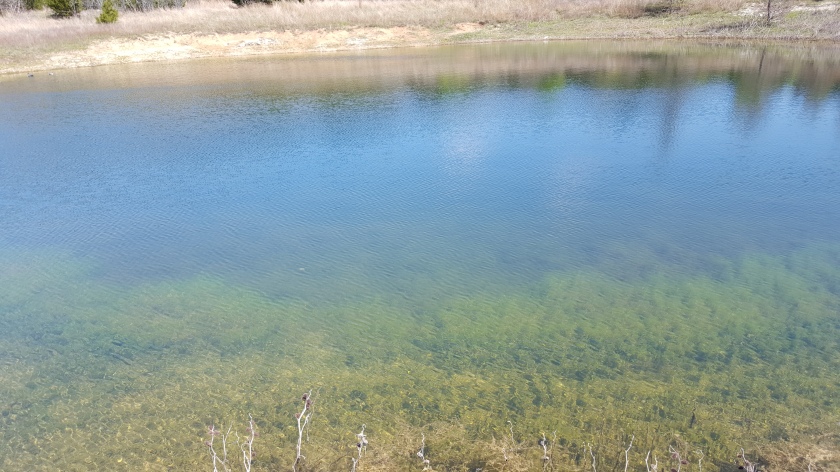 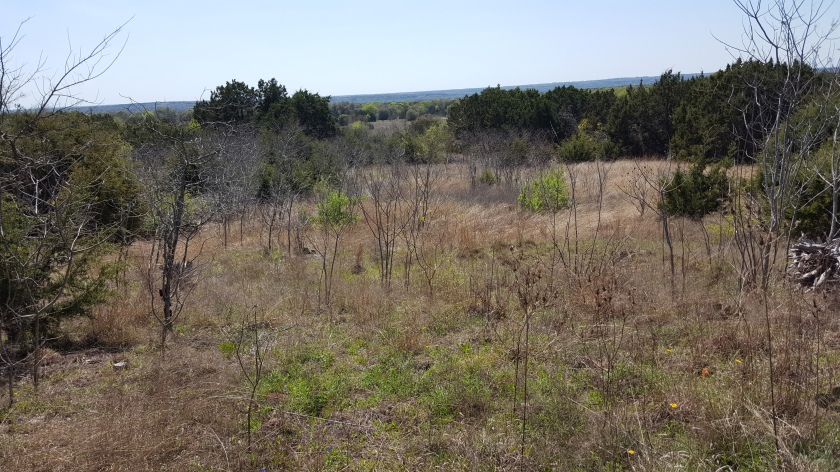 After a long hike in the plains, I get to the rocky single track trail with some elevation change. The trail leads to many of the other scenic spots in the park. 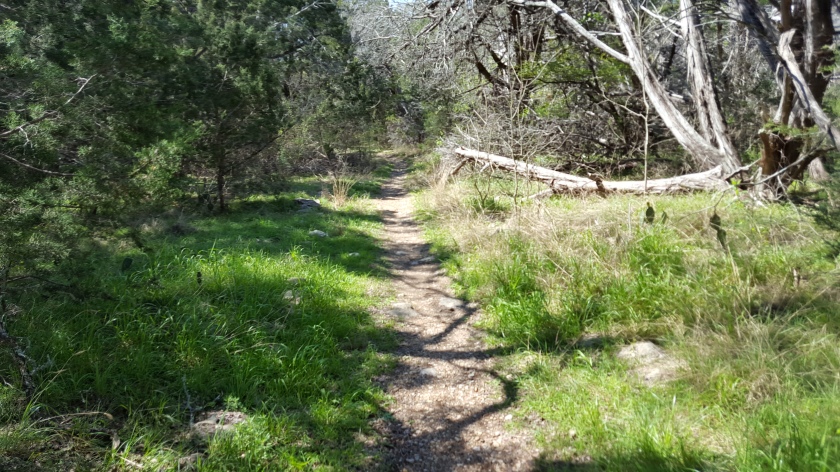 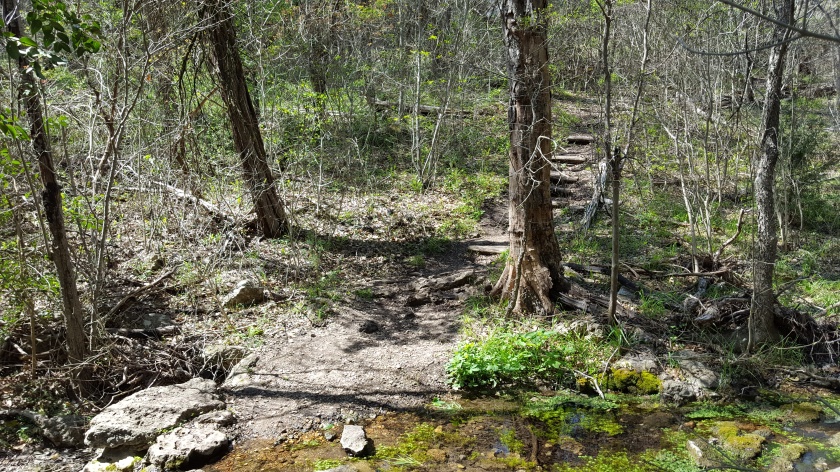 This trail lead to the Wash Pond. The pond is small but the glassy top was a pleasant surprise. 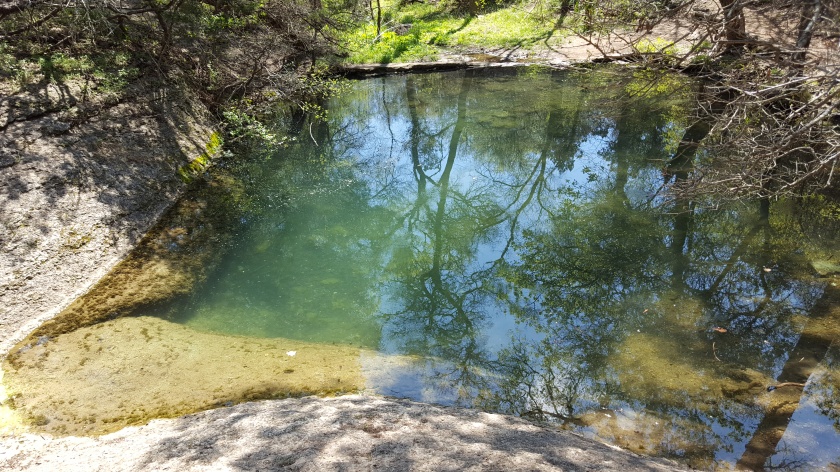 As I continued on the trail, I knew I was headed to the cave like rock formations in the park. This was also the most challenging part of the hike. The term challenging being relative to this trail. The trail system in the park is mostly flat but as I stated previously it has some good elevation change. 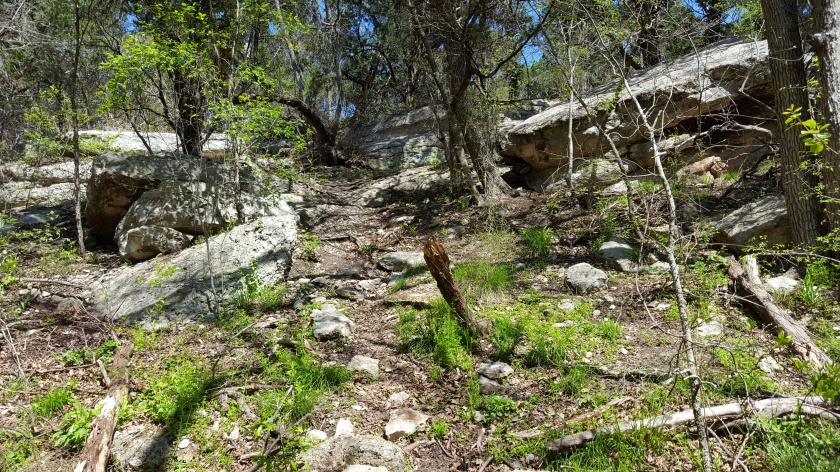 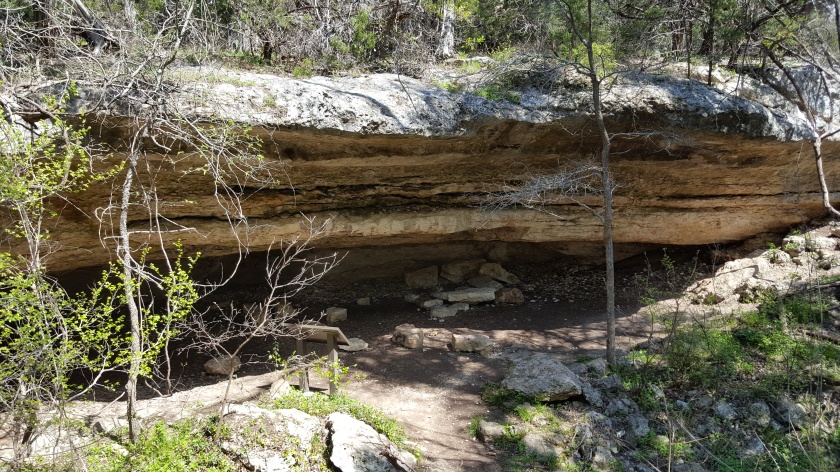 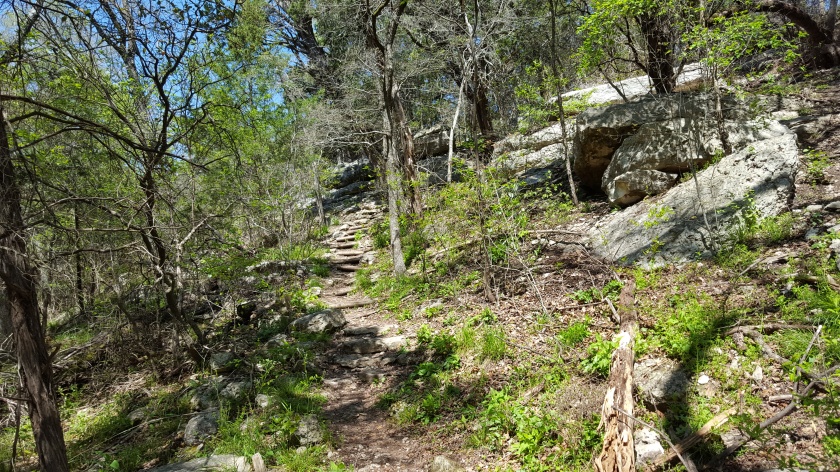 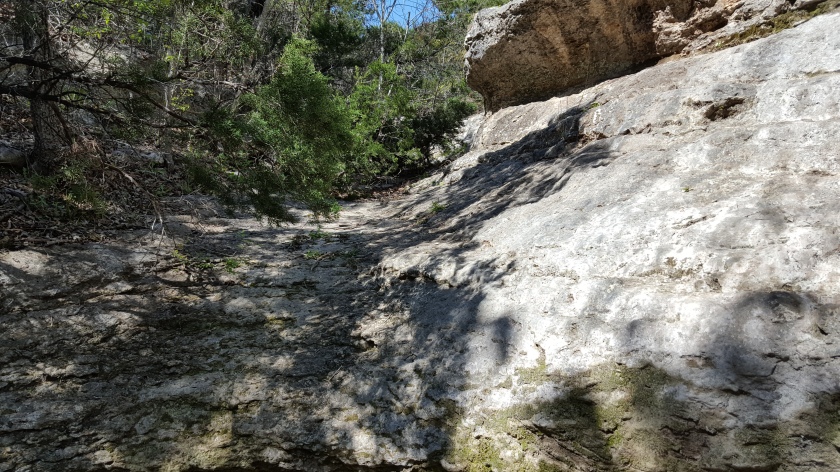 I just had to backtrack for a while then continued on the trail to another park favorite, the Rock Tower. This is a CCC structure that overlooks the park and surrounding countryside. It is a must for all those that visit to go up those stairs and see the view. 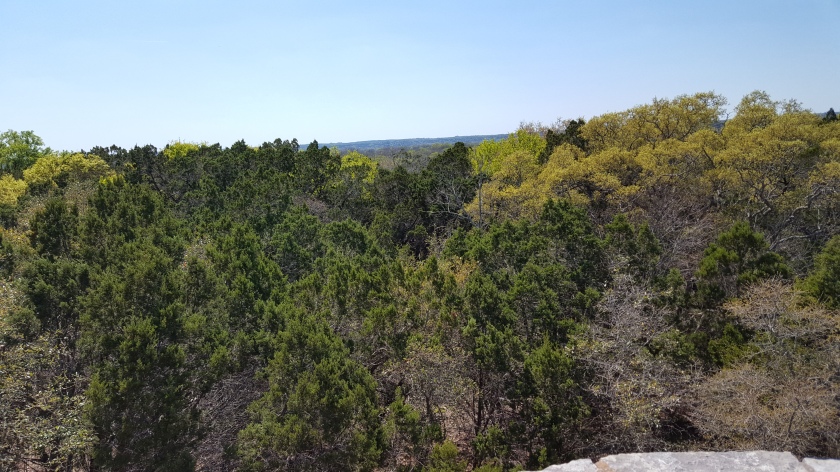 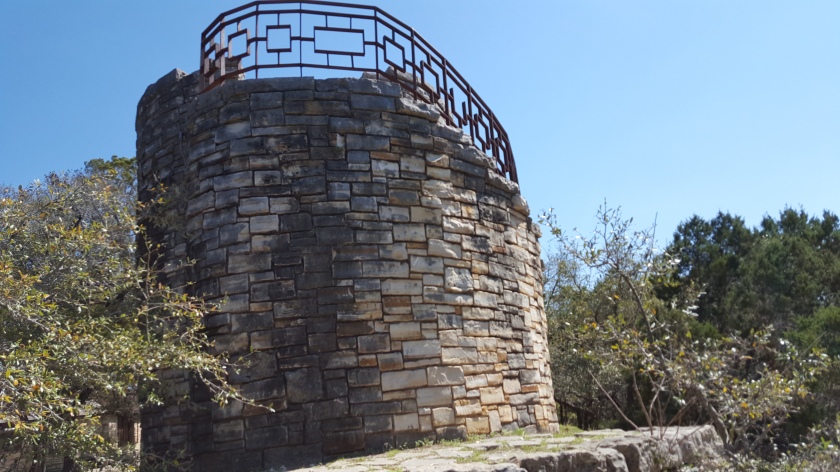 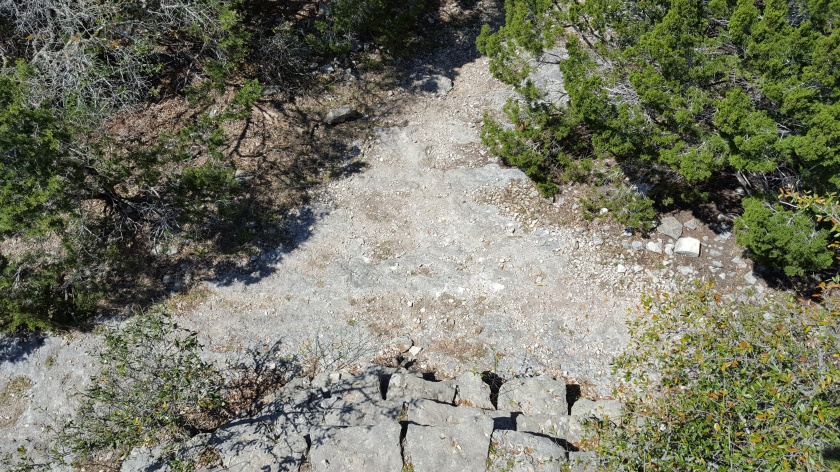 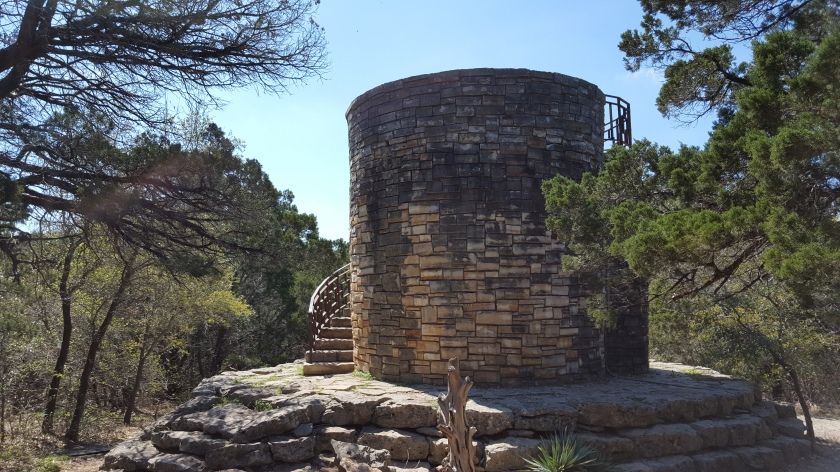 I thought I was done seeing all the park had to offer so I was heading out. I literally ran into three of the biggest deer I have ever seen and they scared the crap out of me. I tried a different and more creative way back the the parking lot and got lost in the prairie area. It all started to look alike. I got a video of of cow crossing https://www.youtube.com/watch?v=5k5EHbLxCgY and that was another what the heck moment. Adios till next time. 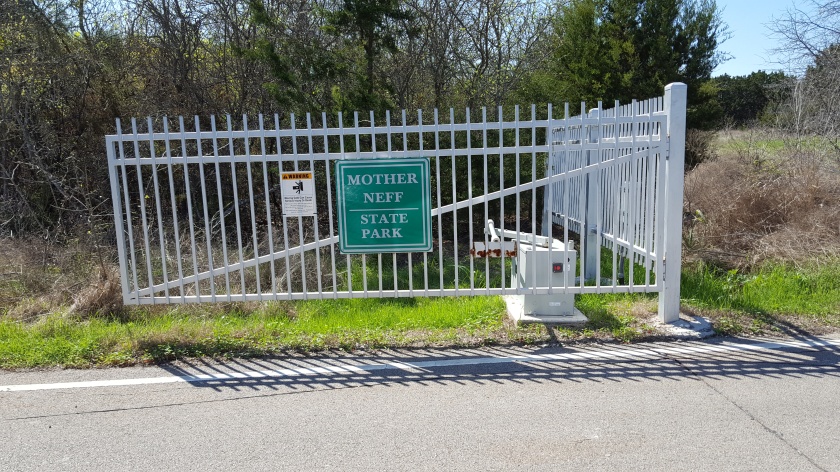 Next up is an adventure in the Texas desert.